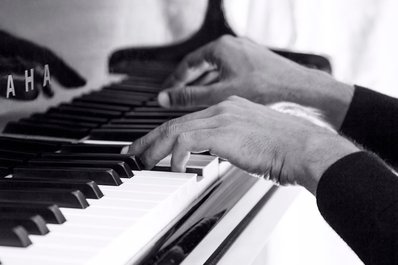 concert pianist and piano professor at the

Born in Cagliari, Italy, Andrea Vivanet began to study the piano at the age of 8 and continued his studies at the Conservatorio di Musica P. L. da Palestrina in Cagliari.

When he was 13 he performed the Mozart concert K. 414 with the Orchestra of the Opera House of Cagliari. He was very young when he won the 1st prize at the G. B. Pergolesi piano competition.

Afterwords he studied in Hungary with professors Balázs Szokolay and István Lantos at the Franz Liszt Academy of Music in Budapest where he obtained the Master Degree with honors in piano performance.

In October 2014 he was awarded the 3rd prize at the 15th Osaka International Music Competition. He gave many recitals as a soloist and in several chamber music ensembles in Italy and in other countries such as Denmark, France, Greece, Hungary (Liszt Ferenc Memorial Museum in Budapest) and Georgia (Vano Sarajishvili Tbilisi State Conservatoire Museum).

He has  recently  performed  at the Golovanov Museum of Moscow and at the Chaliapin Museum of Saint Petersburg.

One more recording enterily dedicated to Russian répertoire has been released with label Aldilà Records/Gramola in 2021.